India is the country which works as a gift for those who are adventurous and also wants to see some classic things and want to explore good culture and tradition, This tour package takes people to Delhi, Agra, and Jaipur along with  - Ranthambore National Park - Ranthambore National Park is the former hunting grounds of the maharajas - at Ranthambore, you can spot the magnificent tiger (depending on your luck), as well as other animals including wild boar, leopard, sloth bear, and hyena, besides others, This 8 days tour package You will also visit the splendid monuments and other historic structures in each of these cities.

seep deep into a fairy tale of eternal love in Agra

Meet on arrival at Delhi Airport by our representative and transferred to the hotel. There you may have some time as it will be obvious to have jet lag. If you want to explore the streets of this capital city then you may have

Have your breakfast and proceed for sightseeing in New and Old Delhi. Some attractions to be visited today include Red Fort (LalQila), Jama Masjid the principal mosque of the region, commisioned by Shah Jahan in 1644, the silver street of Chandni Chowk.

Photo stops at the India Gate – a war memorial arch, and pass by the stately President’s House followed by visits to the Humayun’s Tomb  one of the most significant Mughal edifices on your golden triangle India tour. As a matter of fact, the mausoleum is Humayun’s tomb built in prime Mughal architectural style, Take in the breathtaking view of the Qutub Minar the tallest brick minaret in the world. The minaret consists of five storeys adorned with intricate carvings and scriptures.

Wake up in the morning after breakfast, check-out from the hotel and move towards Agra. From Delhi, the distance is of hardly four hours long, we will use express highway Amazing food options & clean Toilet facility is available on the Expressway,  As soon as you enter the city, we will take you to the hotel and from there you will be taken to Agra Fort. Agra Fort is the fort which has its value little bit less because it is overshadowed by Taj Mahal. This Fort has lots of things to see. Next on the trip is Baby Taj,  After exploring all these things have a mouth-watering dinner at any of the restaurant and halt the night in the Hotel.

Begin the day with an amazing experience by marveling at the Taj Mahal during sunrise, Taj Mahal one of the of the world surely the most extravagant expression of love ever created. 20,000 men laboured for over 17 years to build this memorial to Shah Jahan's beloved wife. It's a wealth of white marble and semi-precious stone-undoubtedly the highlight of your tour, after visiting Taj Mahal return back to hotel for breakfast around 9.30 am you will be traveling to Ranthmbhore while delighting in a halt en route at the Fatehpur Sikri. Mesmerized with the charm of the city, Akbar attacked it many times. His arduous efforts helped him conquer the place and thus it was named so.

Arrive Ranthambhore, Check in to your Hotel - Ranthambore National Park is the former hunting grounds of the maharajas. Other than tigers, you have fair chances of spotting leopard, wild boar, nilgai, hyena, sloth bear, chital, and sambar, among several others.

Early morning You’ll be taken to the site where the royalty hunted in the past, take the morning and evening game view drive, Spot a number of species of flora and fauna residing comfortably in their natural habitat in the park.

Enjoy the adrenaline rush as you spot a tiger wandering in the area. After the exciting experience, return to the hotel for having your breakfast. Then again after Lunch get ready for afternoon safari in the park.

Check-out after scrumptious breakfast, Our chauffeur drive vehicle will take you by road to Jaipur. Arrive at your hotel before lunch. On reaching the pre-decided hotel in Jaipur, check-in and spend rest of the day leisurely or visit local markets.

Jaipur - is the capital of Rajasthan, and is known as the “Pink City” because of the pink tinted constructions in the old city. It is situated on a dry lake bed, bordered by barren hills vanquished by forts and broken walls. The city was found in 1727 by Maharaja Jai Singh II, who wanted to be in the good books of the then ruling Mughals. He positioned the city with rectangular blocks according to early Hindu architecture. It is a great city for shopping.

After a relaxed breakfast proceed for a morning excursion to Amber Fort.

Amber Fort Palace - Perched on a hilltop, the fort consists of amazing halls, palaces, temples and gardens. Reaching the fort while cherishing an elephant ride is one of the best things to do in Jaipur. However, you have to pay an extra cost for this. Continue sight-seeing.

City Palace - A delightful blend of Mughal and traditional Rajasthani architecture, the City Palace sprawls over one-seventh of the area in the walled city. It houses the Chandra Mahal, Shri Govind Dev Temple and the City Palace Museum.

Jantar Mantar - This is the largest and the best preserved of the five observatories built by Jai Singh II in different parts of the country. This observatory consisting of outsized astronomical instruments is still in use.

Hawa Mahal - The ornamental facade of this "Palace of Winds" is a prominent landmark in Jaipur. Their five-storey structures of sandstone plastered pink encrusted with fine trelliswork and elaborate balconies. The palace has 953 niches and windows. Built in 1799 by Pratap Singh, the Mahal was a royal grandstand for the palace women.

Jal Mahal - Stop for Photo Shoot Jal Mahal right in the centre of the Man Sagar Lake on the outskirts of Jaipur, lies the splendid and tranquil Jal Mahal. A masterful creation, it is bordered by the Nahargarh Hills. This low rise symmetrical Palace was once a shooting lodge for the Maharajas and now fascinates many visitors from all over the world. Jal Mahal was constructed in the 1750s and was commissioned by Maharaja Madho Singh. It is indeed one of the most photographed monuments in India

After exploring all the places and after collecting thousands of memories, this will be the sweet end of this Golden Triangle Tour with Wildlife. You will be the drop back at the airport or any yours desired location. Have a healthy travel.

Tour Can Be Upgraded to 5* Category Hotel

Note: This itinerary can be customized according your need, Contact us if you want modifications so that we could tailor a holiday to suit your need for an unforgettable India tour.

Why Book With Us? 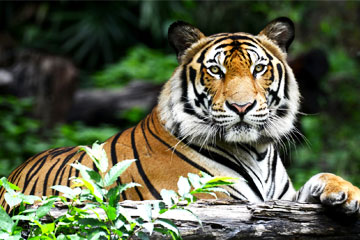 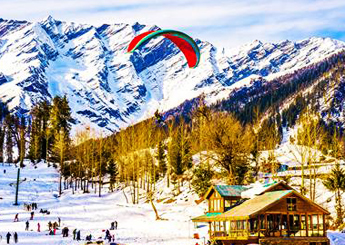 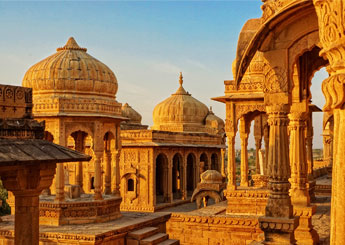 You can write a review of Bhavya Holidays Pvt. Ltd..